If you have no idea where to buy potted herbs in Klang Valley, you’ve come to the right place. I can give you a tip or two on herbs hunting in Sungai Buloh. My 1st visit to Sungai Buloh after many many years ago happened last August. That time I found a nursery at Lot 43 that sells all kinds of herbs. It was quite a hunt back then because I stopped at quite a few nurseries along Jalan Sungai Buloh without any results until I almost gave up.

Fast forward 2 weeks ago, I visited Sungai Buloh again hunting for a new rosemary plant (since mine died quite a while ago). This time I knew where to go since I did my homework online. My plan was to visit Yeap Nursery which I heard sell rosemary and other herbs as well. If that fails then only I’ll visit Lot 43. Reason is I wanted to find more herbs selling nursery and because it’s fun. It’s like striking gold. Haha

Yeap Nursery is located just in front of Sungai Buloh Hospital (not directly). And when I finally found that place… wah la… I realized the nurseries I visited along Jalan Sungai Buloh wasn’t the ‘real ones’. These nurseries here in front of the hospital is the real deal. The fact that it’s near to Sungai Buloh Leprosy Control Center and also my mom finally confirmed this place was the one we visited many years ago. HAPPY! HAPPY!

After we found Yeap Nursery (with yellow signage), I mistakenly went to the neighboring nursery (facing Yeap on the left). It was there that I saw and bought a Roselle plant.

Thyme, oregano, mint… and an unnamed plant which my mom bought (for cough). Too bad they’re out of rosemary. They’re sold at RM8 if I’m not mistaken. Because I bought quite a few, the old couple gave me discounts. 🙂 They get their herbs supplies from Cameron Highlands.

Check out some of the other cool, beautiful and unique plants in Yeap Nursery…

Is this fruit or flower? 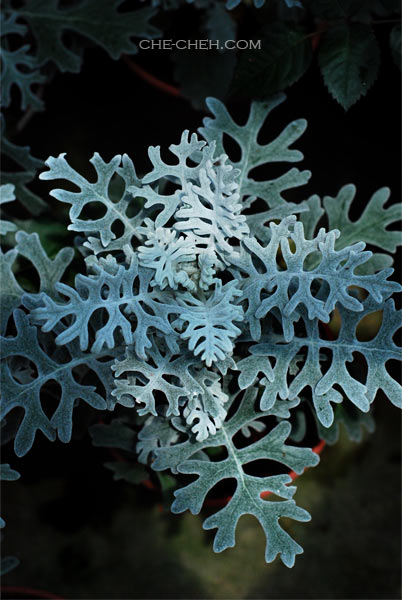 This one is super cool too. I almost bought it. It’s whitish in the middle.

Then we went to the next nursery (facing Yeap on the right) coz mom wanted to look at more plants. But hey hey… what do you know? We found more herbs here. I’ve no idea of the nursery name as there isn’t any signage.

Wow so many herbs variety ya? They also have coriander. I wanted to find dill but ‘elek’. 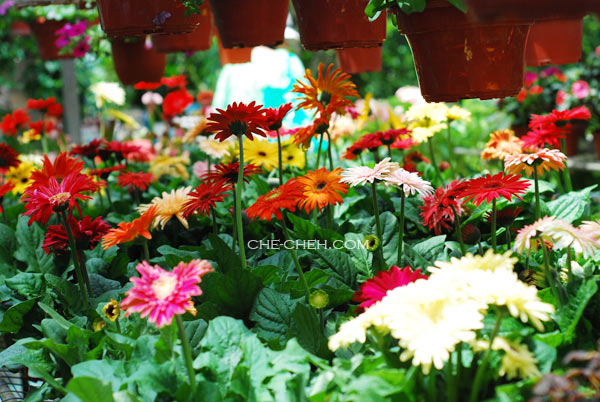 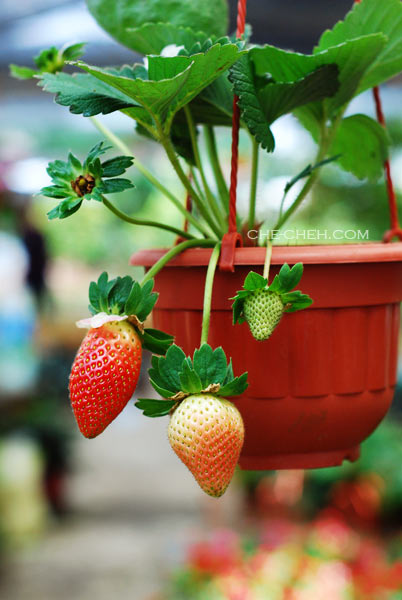 Strawberry? Oh yeah. But has anyone has success cultivating strawberry in the city? No idea.

These below were taken at other nurseries randomly.

Now these are super weird plants. It’s growing from the base of the pot towards the floor!

I found 2 more nurseries selling herbs but they have less variety and their herbs looks sick. Therefore I didn’t bother to take note of their locations.

After that we indeed went to Lot 43 again to buy another potted herb.

Wanna know what potted herbs I bought eventually? Stay tuned in the next post. 😛

p/s: Go to Sungai Buloh via Subang Old Airport road. You’ll know you have successfully reach these nurseries (opp the hospital) once you saw a big dewan (multi-purpose hall) after turning left into Jalan Lembah (refer map below)