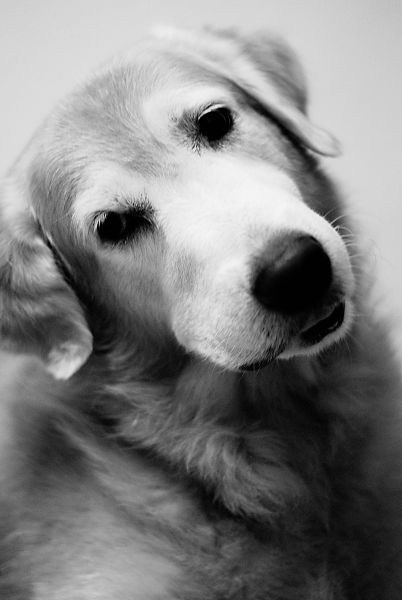 It’s with heavy and broken heart to let you all know Chester, my best buddy had passed away sometime during the night on Sunday. He was 12 years and 1 day old.

I miss you even when you were by my side.

Now that you’re gone, I can’t stop missing you every seconds.

Whatever you were suffering, I’m glad you were free from it now.

I feel a big void in my heart. What will I do without you?

You’ll always be in my heart.

The morning after his birthday, I was woken up by his two very loud coughs. He was standing in front of my bedroom and I saw a piece of stool on the floor. He then lied down and refused to get up when I call him to go for his morning potty.

I’m not sure if it’s before or after I gave him some water to drink, his lower abdomens (or stomach) began to expand and contract every few seconds and he was making painful sound. Since I gave him chicken breast the day before for his birthday, I thought maybe he suffered from bloating. So I let him rest until around 2pm+ when I see that his gum began to become pale. At this time the stomach expand and contract motion had reduced.

So I decided to bring him to vet but during this time all the clinics had closed. It was Sunday. At this point I was crying like a mad lady. I called up a vet and she suggested me to bring Chester to a pet hospital in PJ. We had to carry him to the car as he couldn’t/refused to get up. So off we went but the line to see the doctor were long. And I realized Chester’s gum was turning even more pale. So I told the vet and he examined him first due to emergency. All he did was asked several questions, check his gums, eyes and ass. When he found out it’s our first time there, he sort of didn’t like it. He suggested X-tray, blood test and ultrasound.

They put him in a cage and we waited. When I went to see Chester I saw that he had finally pooped. But no sign of urine. His stomach expand and contract is even lesser now but still pale gum.

Then they put an IV drip on him, took his blood and did X-ray on him. His white blood cells count were a bit high. According to a young vet (another doc which I thought were nurse), this means Chester is fighting an infection. And his HCT were a bit low. For the X-ray, the vet said maybe he got some pneumonia and there were gasses in his stomach. She’ll have to confirm with the first vet that saw Chester just now (but she never did).

Then they placed him in a cage and told me they will do the ultrasound later. The kidney and liver blood result will be known the next day. When I checked on Chester, his hands and legs were cold and his muzzle were cold too. His gum got even paler. But that was all the vet did on him. She said she will check for his fever and do ultrasound later. Chester didn’t bother with the food and water they gave him. He just lied on his side away from us looking towards the window. I left him there feeling so helpless. Is that all they can do for him? I sorta knew he might not make it because pale gum is serious business. But of course I hoped for the best. My crying didn’t stop until when I went to sleep.

Next morning (today Monday) at 9.27am, I got a call from the hospital telling me Chester had passed away. 🙁 🙁 🙁

I went to the hospital, got his liver and kidney blood result, some results were out of range but nothing serious. Then I went to see Chester… ohmygod… his body were hard and there were blood discharge from his nose. This means he had passed away for quite long. Most probably yesterday night. I said my goodbye. 🙁 I questioned the vet and she told me they didn’t do the ultrasound yesterday. Was planning to do it today. Then I asked her what did she do to treat Chester yesterday. She said IV and antibiotic. That’s all. I cried yesterday and today at the hospital and not even one staff console me. I felt like I made the wrong choice with this hospital and I brought him in too late. But all done is done.

I don’t know the reason of Chester death. I choose not to do post-mortem as I don’t want to cut him up. I arranged for his body to be cremated and the ash will be returned to us in few days time. His death will remain a question mark forever.

Now every where I look in the house, there is no Chester there. I wonder how long it will take for me to finally realize that Chester isn’t here anymore (physically). To have him with us for 12 years is a wonderful feat. Thank you Chester for choosing us to be your family. 🙂

My Very Own Cuddly Alarm Clock